An Unconscionable Act of Cowardice 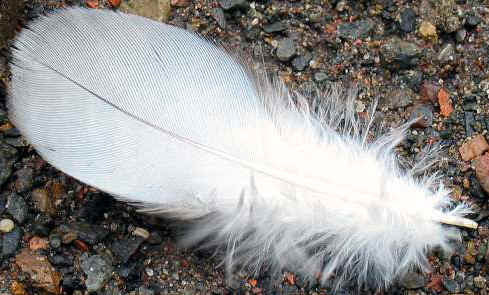 I speak of the democratic leadership, 41 house members and 16 senators giving carte blanche to the criminal enterprise in the white house, in its ability to wiretap without a warrant, ANYBODY, American, foreign or domestic. They gave the chimp-in-charge the ability to undermine the 4th amendment to the constitution, to whit:

The right of the people to be secure in their persons, houses, papers, and effects, against unreasonable searches and seizures, shall not be violated, and no Warrants shall issue, but upon probable cause, supported by Oath or affirmation, and particularly describing the place to be searched, and the persons or things to be seized.

This 'new' law is unconstitutional, but it will survive in spite of that fact. It will unless we DEMAND that our representatives rescind this new law. They will not unless we hound them. If we choose to rely on the "sunsetting" of this law in six months, recall the "Patriot Act" which has the sunset provision built in. Not only did the patriot act survive, but had more restrictions of our freedoms built into the new version.

This craven act has gives the only oversight of wiretaps to the corrupt liar, Alberto Gonzales. How can the dems do this? They clearly care more for how they appear than what we think. The shock is still palpable.

That fact that the MSM barely reported this to the American people is no shock but how many more of of constitutionally protected freedoms will we let fall by the wayside until we say "NO MORE"? Call or write your rep or senator, especially if they are on the rollcall of traitors. Tell them you will not support them in the future. Tell them you will encourage all those in your sphere of influence to do the same. Tell them it is UNAMERICAN to undermine our basic rights. If you have outrage fatigue, buck up and do your duty to the nation by voicing your opinion.

It's no accident the MSM concentrates on the yo-yoing of the stock market, the bubble burst of the housing market, back to school sale and the mine tragedy in Utah; they want you distracted and exhausted, then you can't fight back. This can't wait. Do it now. Vigilance to the Constitution is more important now than since its very inception. Your nation is counting on you.
Posted by HopeSpringsATurtle at 5:14 AM

That is so true. Even I, the ultimate expatriot cynic when it comes to politics, was shocked at this - a blatant in your face assault on the Constitution. God damn them all to hell.

It goes beyond the Constitution. It goes to the magna carta. Once again we see what? eight hundred or more years of legal restraint on tyranny just blown away as if nothing. Worse, as if just another political poker chip toward the next election.

God damn them all to hell!

Most of the world's citizens complain that their governments don't listen to them.

In the US however, be assured that the Federal Government IS listening to you. It is listening to your phone calls and monitoring your internet connection....and alas, still the people complain.