The Day After Yesterday

I caught "Sideways" on a movie channel the other night and was amazed how much I related to Miles soliloquy about the delicacy of Pinot Noir grapes.

Maya and Miles are alone, getting to know one another, when Maya queries:

MAYA:Can I ask you a personal question?

MAYA:Why are you so into Pinot? It’s like a a thing with you.

Miles laughs at first, then smiles wistfully at the question. He searches for the answer in his glass and begins slowly.

MILES:I don’t know. It’s a hard grape to grow. As you know. It’s thin-skinned, temperamental, ripens early. It’s not a survivor like Cabernet that can grow anywhere and thrive even when neglected. Pinot needs constant care and attention and in fact can only grow in specific little tucked-away corners of the world. And only the most patient and nurturing growers can do it really, can tap into Pinot’s most fragile, delicate qualities. Only when someone has taken the time to truly understand its potential can Pinot be coaxed into its fullest expression. And when that happens, its flavors are the most haunting and brilliant and subtle and thrilling and ancient on the planet.

Maya has found this answer revealing and moving.

I must profess I do have a bit of Cabernet in me as well.
Posted by HopeSpringsATurtle at 3:32 PM 8 comments:

Today is the first day of the rest of my life

Corny, I know, but I couldn't resist given how badly the last couple of months has been. Happy Birthday to Me!

Actual excerpt from a monthly horoscope forecast for February: If you are born on February 20, plus or minus four days, the eclipse on this date will have special meaning to you. The universe wants you to use your time on Earth well and will quickly pull you out of unproductive relationships that appear to have no future.In a romantic situation, if you are not loved in equal measure, what good is the relationship? Although sometimes leaving a relationship can be terribly painful, ultimately it can work for good, for you would free yourself to find someone better.

Who says astrology is nonsense? Anyway, today I will do something to please myself. Wish me luck.
Posted by HopeSpringsATurtle at 9:03 AM 8 comments:

Not that you would know this, but this Sunday is my birthday. Our Lulu was dropped today at the airport in New Orleans where Dr. Turtle is right now with new girlfriend. I know cause I got a phone call asking about Lu.

We (the married couple) were supposed to spend this weekend in NOLA for my b-day. Full moon and all, I'm just feeling a little sorry for myself. Music to move on from Gnarls Barkley, a much under-rated song, Transformer:

I'm just being myself
Plus I gotta be me too
Silly of me to think that
I couldn't bring myself to be you
Ah but behold there is benevolence
Behind this but don't stare though
Be careful cause I'll kill you
With kindness
That why I'm dressed quite neatly
Cause Its easy and discreetly they seek me
And when they reach me and see me
they believe me completely
I'm a real live wire I ain't lying
If its between me and you I ain't dying
I can transform, I can transform, I can transform
Without even trying wow

Now I'm someone else
Now someone can be me too
Behold the beautiful and bold
everyday I
Wake up to be new
Oh but its simple but they still can understand why
I think I can, I think I can, I think I can or can I
I'm a microchip off the old block
You know not but I was a robot
And I sold Rock and you would get
For sho shoot with a gold glock boy I rode pac
Something that you won't see again
What the hell might as well be a friend
I can transform, I'm a transformer
No telling who I will have to be again
Posted by HopeSpringsATurtle at 2:22 AM 3 comments:

Weirdest thing, I swear. While waiting in the car for her flight to land, I was listening to NPR's "Fresh Air." The closing song on the show was--wait for it--Fat's Waller's "Lulu's Back in Town"

That has got to make you believe in--something, right?
Posted by HopeSpringsATurtle at 11:18 PM 3 comments: 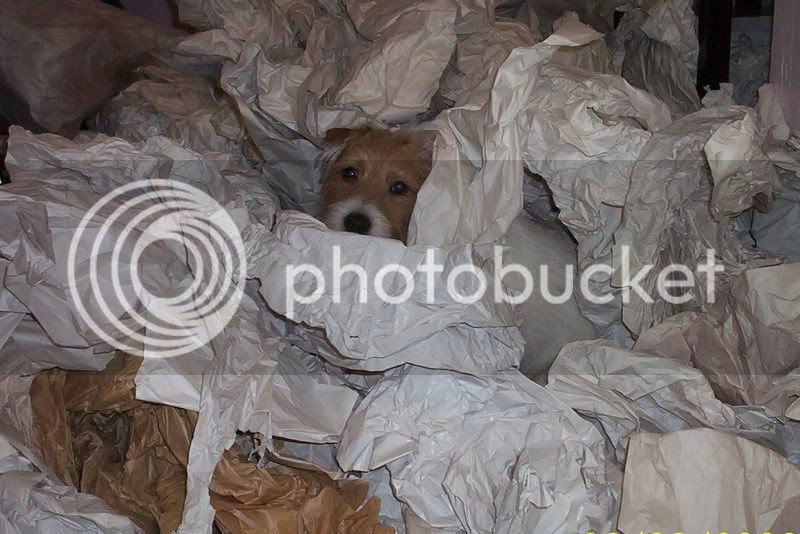 Well almost. But first things first. Our 'son' Georg has weathered the trip, though is somewhat depressed and confused. He misses his 'sister' Lulu, our other rescued Jack Russell Terrier. Good news is that Miss Lu is on her way from Mississippi at the end of the week.

The old Southern couple will be reunited.

I plan on giving more details about my personal drama, as this blog has temporarily morphed into a personal digest, given the current situation in which I find myself. Thanks for hanging with me, It's most appreciated. Much love to you guys.
Posted by HopeSpringsATurtle at 8:42 PM 6 comments:

No, not the democrats, me. I shall attempt to drag you away from Super Tuesday results and rehashing to tell of my cross country odyssey. I have arrived in California from Mississippi, and let me tell you the trip was anything but uneventful.

I picked up the U-haul truck on Sunday last and had scheduled movers later in the day. The movers didn't show up. I called Monday morning to get other movers and couldn't get anyone to come before 5PM. By the time the movers finished loading, it was 9PM and too late to pick-up the auto transport. I had to wait until 9AM the following morning (Tuesday, Jan. 29) to get the transport hooked up. Drove back to the house and proceeded to load my car, the animals, my luggage, etc. Finally, left at 11AM, about 4 hours later than planned.

The first leg was to Austin Texas, where I met friends who had made arrangements to fly my 2 cats to California in a few days (you try driving across country with two cats...)Because of my late start, my arrival to the 750 mile away Mecca of Texas was going to be sometime in the midnight hour. About 40 miles from my destination, one of the straps came off of the tire on the auto transport. I got out, re-secured it and coming around the large, truck and trailer, smacked my knee (my service-connected disabilty knee) on the solidly metal trailer hitch. I saw stars and a knot swelled up the size of citrus fruit. Tired and in pain ( did I mention emotional?), I limped into Austin and the loving arms of my waiting friends.

They convinced me to stay over an extra day, rest my leg, my battered soul and sore body. It was a good decision. I took my sweet dog to doggy daycare so I could rest, and spent the next few hours sleeping and taking hot showers to ease my soreness. I need to really acknowledge my friends in Austin who took such good care of me. I don't think I could have made this journey without their help.

Next morning I start of bright, early and fairly well-rested with the goal of making it to New Mexico. If only I hadn't been stopped by a State Trooper and rerouted nearly 80 miles around the huge fire that closed I-10, I probably could have made it. I did manage to get nearly that far, and stayed in El Paso that night.

The following morning I awoke early with debilitating menstrual cramps. Sorry to be so graphic, but the necessity of mentioning my malady is the accompanying hormonally-challenged emotions that come with them. Not to mention the vomiting...
I dragged my on/off crying ass into Tucson. I was supposed to stay in Phoenix that evening but because of the extra night in Austin, and the Superbowl, the price of my room tripled. It had been a relatively short day, so Tucson it was.

Morning brought the welcome hopefulness that today, I would finally make it into my beloved California. Fifty miles over the border, in the middle of the Mohave desert, I had a blowout on the moving truck. I found the last chance Texaco and waited there for the repair truck to arrive. Being the trooper I am, I soldiered on after my repair determined to make it over the I-5 Grapevine.

As I wended my way through the greater Los Angeles Basin, I received a phone call from one of my posse members who had been following my progress across the country. She warned me of the advancing winter storm warning that threatened to shutdown the Grapevine but that if I hurried, I could make it.

I did indeed make it to the treacherous highway hauling my tonnage. Unfortunately, coming down the steep 6% grade on the other side, I had my second blowout of the day(!). Have you ever heard of two flat tires in one day? Whatever. As I crawled into the first gas station at the bottom of the Grapevine, and it began to snow. I waited in the cold night for yet another tire rescue. After completing the tire-swap, I drove the 40 miles to my final destination for the night.

My saga ends the next day uneventfully, thank God, with pulling onto my mother's street and a cold beer during the Superbowl with my family.

You may want to finally know the why of my sudden pulling up of stakes, rush back to California, and the traumatic experience that brought it all on. If you've been checking on me here at DeepCon, you may have been able to surmise that my marriage has ended unexpectedly and suddenly. It's a saga in itself and I'll save it for my next installment.

I want to thank everyone who encouraged me through the last weeks as it has helped tremendously. Thank you all.

And for good measure, just to let you know I haven't given up the ship, a video courtesy of reader Mary that speaks to the abuses of power the Bush regime has inflicted upon our great republic. I add that in no small part, this war/occupation in Iraq has played a definite role in my break-up.

Posted by HopeSpringsATurtle at 10:00 AM 14 comments:

somersault:
1. A movement (as in gymnastics) in which a person turns forward or backward in a complete revolution along the ground or in the air bringing the feet over the head; also : a falling or tumbling head over heels
2. A complete reversal, as of sympathies or opinions.

This speaks for me. I'll explain this more over the weekend. In the meantime one of my favorite bands Zero 7 singing Somersault: