Posted by HopeSpringsATurtle at 1:06 AM No comments: 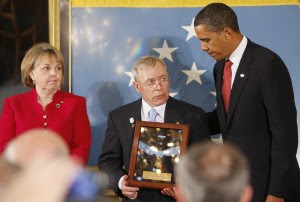 Paul Rieckhoff of IAVA has posted a story on the latest, tragically posthumous, awarding of the Medal of Honor to Sergeant First Class Jared C. Monti, 10th Mountain Division. Please take a few moments to view the video and acknowledge the more than sixty other male members of the 10th, the two women soldiers and the US Air Force airman who died in Afghanistan in 2006. I knew a woman Army doctor from the 10th who died in 2007. Hell of an outfit the 10th.

Courage, sacrifice, hero—three words thrown around carelessly these days. Politicians that cross party lines to force compromise on the divisive issues of our day are labeled “courageous.” A professional athlete that makes a bold play, leading his team to victory is deemed “heroic.” An actor who forgoes a big paycheck for the summer blockbuster to work on a small budget documentary is seen as making a “sacrifice.” Don’t get me wrong, these acts are worthy of admiration. But for a nation at war, using these terms irresponsibly does a big disservice to those that serve. [read the rest...]

Posted by HopeSpringsATurtle at 12:54 PM 4 comments: 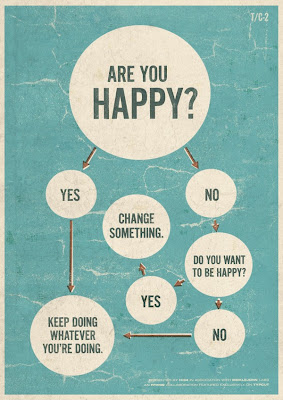 Posted by HopeSpringsATurtle at 9:13 PM 5 comments:

Labels: are you happy, happiness, Life is Calling, life lessons

I posted a few days ago on a report of lesbians being disproportionately discharged under DADT. I commented at the SLDN blog and received some comments I wanted to share here. Interestingly enough, these comment were made presumably, by gay men:

Bla Bla Bla.....I dont doubt that there are many women being separated for DADT violations, as a 23 Yr Vet, I have to note that the Military has always routinely turned a blind eye to Lesbians and Lesbian Conduct.....(Marine Womens Softball...anyone) Conduct Unbecoming is a Good Read....And as I recall even Rany Schilts observed that the militray turned a blind eye to most Lesbian Issues! But then again; What do I know I’m just a big ol homo...right!

Stickman:Which part of ‘disproportionate’ are you not understanding?

When the military turns a ‘blind eye’ to lesbians, it is merely reflecting the larger social policy of ignoring lesbians i.e., women are lesser creatures than men. When you ask the average Joe or Jane about “gay,” most people think about gay men; Lesbians are an afterthought. And I wouldn’t consider Randy Shilts an expert on lesbians--in or out of the military.

Lesbians are eroticized by men--right up until they become a threat to manhood or job security. If you don’t get that, you might want to look up another word in the dictionary: Misogyny

It went on from there with different commenter:

Whether or not it’s politically correct, stickman is not coming out of left field with his statements. After 7 years in the Army, that’s the same thing I’ve noticed.

A company commander had her (in her words) “life partner” show up to a company picnic and nothing was said or done.

She did everything short of saying “I am a lesbian.” No one really cared. Had she been a male, maybe people would have been stirred up. I don’t know.

And then I said:

Both you and stickman are viewing this story anecdotally. The report is about how lesbians are DISPROPORTIONATELY discharged under DADT. A higher percentage of the DADT discharges are women. This is simple math. Whether or not lesbianism is overlooked is not the issue and it’s also not about “political correctness.” DADT is a policy which by its very existence is discriminatory. I’m not calling for gay men to be expelled at the same rate as lesbians, but rather that a highly unfair and counter-productive policy goes away.

I’m assuming since your company commander never told you she was a lesbian, you don’t know for certain. Also she must be pretty good at her job to have been able to rise to the level of company commander. Job performance is supposed to be what distinguishes one, not sexuality.

Furthermore, the fact that we are discussing who is treated worse by the military, lesbians or gay men takes away from the real issue of discrimination by the DoD, who would rather have us fighting with each other than them, so bravo for taking the focus off the real issue.

Quote of the Day 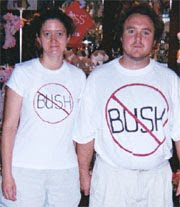 When a couple went to Bush rally wearing anti-Bush t-shirts, they got arrested. Guys at Obama rallies openly carry guns and get interviews.

Posted by HopeSpringsATurtle at 11:10 AM No comments: 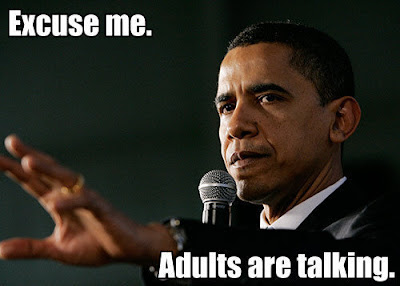 Visit msnbc.com for Breaking News, World News, and News about the Economy

"When did we come to extol stupidity ahead of information? [] When did we start to listen to, to elect, the impregnably dense? [] The time has come to rise up and take this country back. To again make it safe for people who actually completed the 7th grade." 'Nuf said.
Posted by HopeSpringsATurtle at 10:17 PM 2 comments:

What would it look like?
What if humanity decided to go left instead of ...right?
What if Unity came from Diversity
What if the world embodied our highest potential?

This may be a bit too touchy feely for some but think of this 20 minute video as a meditation, a single long breath of life and hope injected into your spirit. If you have the guts and patience to sit still to watch and listen. Enjoy.

What if the world embodied our highest potential?
Uploaded by goodnesstv. - See video of the biggest web video personalities.
Posted by HopeSpringsATurtle at 12:51 AM 2 comments:

What is it about women... 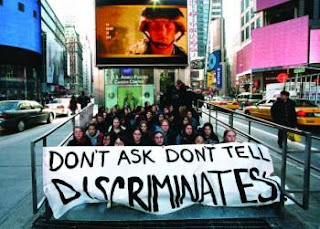 As the nation celebrated Women's Equality Day last week, I couldn't help but think of the women proudly serving today. I was also reminded of a devastating truth: DADT continues to disproportionately affect women in the military. While they only represent roughly 15 percent of the armed forces, women account for nearly half of all DADT discharges in the Air Force and Army.

Countless women have experienced this discrimination first hand. Take Cathleen Glover, who served as an Arabic linguist until 2003 when she was honorably discharged after coming out. Former National Guard specialist Amy Brian, who served in Iraq and was out to all of her comrades, was discharged earlier this year after it was reported she kissed her partner in a Wal-Mart checkout line.

As women expand their roles in the military, it is important that they be judged by their performance on the job.

Just when you you're out, they pull you back in... A great Irish PSA for Gay marriage, courtesy of Chelsea O' Hara:

Posted by HopeSpringsATurtle at 11:05 PM No comments: