May we all take a moment today to remember those we've lost at home and abroad.

Posted by HopeSpringsATurtle at 4:35 PM 3 comments:

The Fall of the Evangelical Nation is a new book by former Dallas Morning News reporter Christine Wicker. From her site and in her new book, she rips the religious right a new asshole. I listened to an interview with her on Sam Seder's show (which is on it's way out...). Ms. Wicker posts this tidbit from The Tennessean:

“When Christian beliefs become political weapons, the manifesto says, “faith loses its independence, Christians become the ‘useful idiots’ for one political party or another, and the Christian faith becomes an ideology.”

The manifesto seeks to redefine evangelical as a religious term, rather than as shorthand for social or political conservatives.

But Robert Parham, director of the Nashville Baptist Center for Ethics, said the manifesto was too little, too late. Many of the signers were supporters of the Religious Right, he said, and have now changed their tune as conservative Republican political power has waned.

“It’s kind of hard to see how they are now going to advance a kindler, gentler evangelicalism based on their past behavior,” he said. “Had they begun by saying that they were wrong on the war in Iraq, wrong on global warming, wrong on torture, then they might have a little more credibility.”

It would appear from what Wicker says, the the mega-church-going, rabid haters the conservative right touts, are mostly fictitious. The right is smaller than it appears.

Finally, a little good news. I'll post a link to the audio as soon as its up.Audio is up.
Posted by HopeSpringsATurtle at 4:19 PM 3 comments: 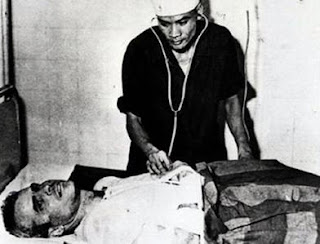 Could John McCain's five year confine- ment in the Hanoi Hilton have really been a Manchurian Candidate indoc- trination?

I love a good conspiracy and seem to have found one over at Vietnam Veterans Against John McCain. From an article at Veterans Dispatch:

For years, the mainstream news media has refused to stop idolizing the so-called straight talking maverick John McCain long enough to question the mental health consequences of the years he spent as a "special" prisoner of the communists in North Vietnam.

McCain, the presumptive Republican candidate for President, who could one day have his finger on the "red button," claims the communists subjected him to 5 ½ years of nonstop indoctrination sessions so intense that he attempted suicide.

Unfortunately for McCain, after his bomber was hit by anti-aircraft fire near Hanoi on October 26, 1967, he parachuted into the hands of an evil communist enemy who 7 years earlier had adopted Soviet methods of prisoner interrogation.

At that time, the Soviets were perfecting techniques designed "to put a man's mind into a fog so that he will mistake what is true for what is untrue, what is right for what is wrong, and come to believe what did not happen actually had happened."

Psychiatric Journals are flush with reports concluding that former POWs may remain entangled in "harsh psychological battles" with themselves for decades after returning home including difficulty in controlling intense emotions such as anger and stress.

In political circles, McCain, sometimes referred to as "insane McCain," is well known for having a "volcanic" temper which his colleagues say often erupts into vulgar language and personal insults.

Read the rest of the article and cruise around the VVAJM site and see what you think.
Posted by HopeSpringsATurtle at 9:18 PM 4 comments:

Mr Bush Shut The Fuck Up

Posted by HopeSpringsATurtle at 11:11 PM 3 comments:

Quote of the Day

"The American people want very badly to vote Democrat this time. Let's try to not talk them out of it"

Thanks for that one Singing Troll. Why do the dems want to snatch defeat from the jaws of victory? I have a headache.
Posted by HopeSpringsATurtle at 10:14 AM No comments:

Not That Anyone Gives A Shit...

With the economy being the number one priority on the mind of most Americans, I don't expect that this item that flew through the MSM will get much attention, but I post it nonetheless. This copy comes via The Stars and Stripes: 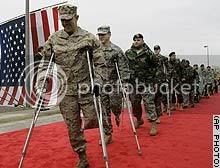 Thousands of 'Unfit' Troops Have Deployed

WASHINGTON -- More than 43,000 U.S. troops listed as medically unfit for combat in the weeks before their scheduled deployment to Iraq or Afghanistan since 2003 were sent anyway, USA Today reported Thursday, citing Pentagon records.

The numbers of nondeployable soldiers are based on health assessment forms filled out by medical personnel at each military installation before a servicemember's deployment, the paper noted.

The Pentagon records do not list what -- or how serious -- the health issues are, nor whether they were corrected before deployment, Michael Kilpatrick, a deputy director for the Pentagon's Force Health Protection and Readiness Programs, told the paper.

read the rest...
Posted by HopeSpringsATurtle at 11:45 PM 2 comments: Travis Childers has won in Mississippi's 1st district, a solid GOP stronghold. It don't git no redder than this folks, yet democrat Travis Childers has wrenched the seat away from the appointed Trent Lott-fill-in, Roger Wicker, who appointed a good ole boy, Greg Davis to fill his seat as he took over Lott's.

Lott as you may remember, quit his senate seat soon after re-election to become a lobbyist before the new law which disallows sentators-cum-lobbyists which took effect this past January. Travis beat the tar out of Davis in tonight's special election. As an extra delicious cherry-on-top, darth Cheney campain-gned all day for the rejected republican Davis. Crooks and Liars has the breaking news from Countdown's WV election coverage tonight.
Posted by HopeSpringsATurtle at 11:13 PM 1 comment:

Move On's latest ad for Obama
Posted by HopeSpringsATurtle at 8:04 PM No comments:

"Friendly Fire" is definitely not the term to be used in relation to Pat Tillman's death, and his mother, Mary Tillman now has a book out that addresses the facts as we know them.

Boots on the Ground by Dusk: My Tribute to Pat Tillman is the chronicle of truth-seeking by a mother who's son was most likely fragged. It appears to be a must-read for those opposed to the war/occupation, and those who believe the rosy picture painted by the Bushies.

The Arizona Republic, a decidedly right-leaning newspaper, has a good read on Mary Tillman's crusade for the facts leading to her son's death, and an attempt to breach the truth/information divide engineered by BushCo. Mary Tillman will appear tonight on 60 Minutes and hopefully the light bulb of knowledge and the rage that follows such enlightenment, will rouse the American ire to at the very least, a dull roar.

UPDATE: Just watched the Mary Tillman segment on 60 Minutes. I sure do dislike Katie Couric, the MSM has it nose so far up the corporate ass they cannot conduct an interview or make an inquiry that questions the BushCo/Pentagon line. The questions were weak with no follow-up and the biggest question wasn't asked, "Who killed Pat Tillman?" Nor was the the fact revealed that Pat Tillman's autopsy showed he had been shot in the head three times at a range determined to be 10-15 yards. Hardly a distance a fellow unit member would be unable to identify Pat or not see the 'cease fire' signal he and other unit members consistently flashed during the "friendly fire" incident. While Couric questioned the newest ass-kisser in the cabinet, Sec. of the Army Pete Gehren, she barely questioned him past his response that, "there was no purposeful deceit or cover-up." Whatever Katie and 60 Minutes, whatever.
Posted by HopeSpringsATurtle at 11:04 AM 9 comments: 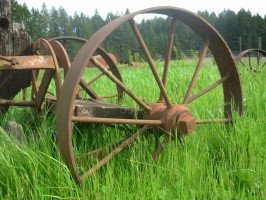 So sorry to have been away, I've been super-busy with 'life' as I've come to know it. Not to mention all the nonsense around Rev. Wright v. Obama, etc. I will post later today ands expect to be back in the saddle by Monday.
Posted by HopeSpringsATurtle at 6:38 AM 3 comments: