Of Aardvarks and Such

On the recommendation of fellow blogger Jon Swift, I found and am sharing with you, the blog that "tells cute animals what's what," Fuck You Penguin. Here's Jon's take on FYP: "Who knew that existential despair could be so irresistibly, so heart-breakingly cute?" Here's a sample that made me chuckle: 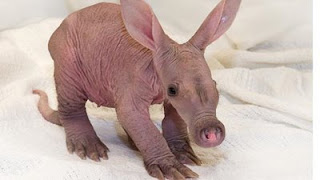 What are you, Aardvark, some kind of anarchist Marxist fascist? Obviously, you must have known that uploading this picture of yourself onto the internet would single-handedly bring down the modern world. Moments after this baby updated its Facebook profile, millions of people stopped what they were doing to email this picture to everyone they knew. MANY OF THEM WERE GRANDMOTHERS, AARDVARK, WITH NO DEFENSE AGAINST YOUR POWERS. Have you no shame? We are already in a depression, Aardvark, what more do you want from us?

read the rest...
Posted by HopeSpringsATurtle at 8:30 AM 3 comments: 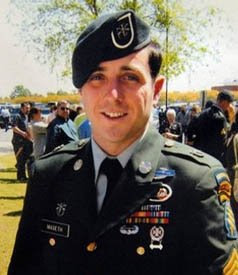 ...An Army criminal investigator said the manner of death for Staff Sgt. Ryan Maseth, 24, of Pittsburgh, has been changed from accidental to negligent homicide because the contractor failed to ensure that “qualified electricians and plumbers” worked on the barracks where Maseth died, according to the document.

...The Green Beret died of cardiac arrest on Jan. 2, 2008. He was electrocuted while taking a shower in his barracks in Baghdad. He was assigned to the 5th Special Forces Group at Fort Campbell, Ky.

...KBR was previously owned by Halliburton Co., the oil services conglomerate that former Vice President Dick Cheney once led. Congressional Democrats long have complained that KBR has benefited from its ties to Cheney. Read the rest...


This is only one of more an a dozen deaths in barracks showers due to unqualified electricians and plumbers used by KBR, the former subsidiary of Dick Cheney's Halliburton. The former vice president still has an undisclosed amount of Halliburton stock and has directly financially benefited from the billions of dollars paid to Halliburton and its subsidiaries over the duration of the occupation in Iraq. Any doubts about why this "war" was waged? The next thing on the Obama agenda should be investigations, prosecutions, and jail time.
Posted by HopeSpringsATurtle at 8:00 PM 9 comments:

Shamefully stolen from the Unruly Mob: Bush' FINAL departure from the White House. Don't miss the crowd's 2 million-strong chant.
Posted by HopeSpringsATurtle at 7:52 PM No comments:

Will Obama Lift the Military Ban on Gays?

So says Aubrey Sarvis, director of the Servicemembers Legal Defense Network from an article in the Air Force Insider. SLDN has been on the forefront of the challenge to rescind the regressive Don't Ask, Don't Tell policy enacted under Clinton in 1993.

President Clinton was the first major party presidential candidate to court the Gay vote when he ran in the 1992 election. After his election, he went back on his promise to eliminate the ban on Gays serving in the military. DADT was supposed to be a compromise that has ultimately been responsible for the discharge of 12,500 servicepersons, including some 800 key positions as Arab translators, medical personnel and pilots. Oddly enough, the military seems to enforce DADT only when it's politically or perhaps personally expedient. As in the case of USN's PO2 Jason Knight who was recalled to serve in Iraq after he was discharged for being Gay.

Backers of reform said the move toward loosening restriction reflects a change in societal attitudes."There has been a sea change in the way this issue is viewed, especially in light of our national security needs," said Democratic lawmaker Ellen Tauscher."We shouldn't be forcing good men and women out of military service," Tauscher told AFP.

The lawmaker is the lead sponsor in the House of Representatives of the Military Readiness Enhancement Act, which would replace "Don't Ask, Don't Tell."

SLDN has a petition to sign and shooting off an email to Congresswoman Taucher couldn't hurt.

I'm pulling for Barack to keep his promise. [Related reading]
Posted by HopeSpringsATurtle at 12:26 PM 6 comments:

Do it into the night--chill-out to mid-tempo dance mixes with a few up-tempo jams that will lull you into a false sense of security. Enjoy.

Keith Olbermann does in eight minutes what I've been blogging about for 3 years--a Bush's Greatest Hits compilation. With luck this list won't get any longer. In the immortal words of Dubya's favorite band, The Dixie Chicks, "Cowboy Take Me Away." Thanks for putting most of it in one place K.O. Two days and counting...

Visit msnbc.com for Breaking News, World News, and News about the Economy

Posted by HopeSpringsATurtle at 8:46 PM 2 comments:

CNN -- An Israeli patrol boat struck a boat carrying medical volunteers and supplies to Gaza early Tuesday as it attempted to intercept the vessel in the Mediterranean Sea, witnesses and Israeli officials said. CNN correspondent Karl Penhaul was aboard the 60-foot pleasure boat Dignity when the contact occurred. When the boat later docked in the Lebanese port city of Tyre, severe damage was visible to the forward port side of the boat, and the front left window and part of the roof had collapsed. It was flying the flag of Gibraltar.

The Dignity was carrying crew and 16 passengers -- physicians from Britain, Germany and Cyprus and human rights activists from the Free Gaza Solidarity Movement -- who were trying to reach Gaza through an Israeli blockade of the territory.

Also on board was former U.S. Rep. Cynthia McKinney.

Israel has denied the report and changed their story about the attack three times to date.

For a little backstory on what's been going on in Gaza vs. Israel/Godzilla, read "The gift that keeps on giving" and "viciously stupid Israel."
Posted by HopeSpringsATurtle at 6:51 PM 10 comments: